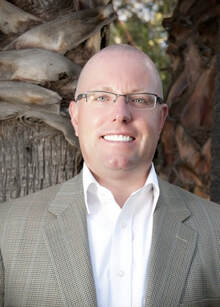 There is a famous quote from Travis Bradberry about Grit. He says, it’s that 'extra something' that separates the most successful people from the rest. It's the passion, perseverance, and stamina that we must channel in order to stick with our dreams until they become a reality. Eric Miller possesses those character traits and that is one of the reasons he is identified as an entrepreneur.

At an early age Eric caught the entrepreneur bug. His first venture came about when he was thirteen years old. The neighbors needed their grass cut and Eric needed spending money. It just seemed logical to start a lawn maintenance business.

Eric served in the U.S. Army for eight years. Part of his military service was in Germany. Like many others, Eric would write home to his family. His buddies in the barracks would ask him to pick-up prepaid envelops at the post office. Eric’s entrepreneurial mindset kicked into gear and he thought why not buy a stock of mailing supplies and make his own store in the barracks. Eric became a shipping store before there was such a thing.

Eric’s entrepreneurial spirit appeared again when he led a sales team for his franchised water purification business. He sold in home water filtration systems direct to the consumer door- to- door and at home shows. His team was recognized as being the fastest growing enterprise in the upper Midwest.

After leaving the midwestern bank, entrepreneur- Eric decided to purchase the rights to the name and website domain – Owner’s Ally. To date the company has served over 300 small businesses helping them with marketing and operational tools allowing them to streamline processes, to properly scale their business.

While at the bank Eric was introduced to another entrepreneur that had an idea for consumers to make their own newspapers online. Eric Miller saw the trend of corporate owned newspapers declining but the increase in schools, politicians, businesses and real estate agents wanting a unique way to get their message out. Eric invested and was part of the evolution of the online newspaper boom.

Eric Miller continues to see new opportunities to serve others. As recently as 2017, Eric ventured into the biofeedback industry and developed a product that is an alternative to traditional healthcare.

Being the serial entrepreneur that Eric is, it’s hard to say what is in store for him in the future.