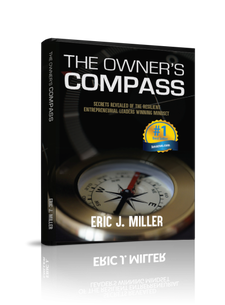 Get Paperback and Amazon Kindle version
​​Entrepreneurs are people of grit and resilience. Life events can take us off course, leading to life dissatisfaction. That is why it is critical to have a well-calibrated compass to guide business and person decisions. The Owner's Compass will provide the scope in which you can recalibrate your mindset and lead you to a fulfilling and successful life.

Take a ride with Ricky and Josh. These two entrepreneurs are both men of grit and resilience. They had similar backgrounds growing up. They’re both avid cyclists and fantastic athletes. Each of the men started seeing the effects of living a high-intensity lifestyle causing health issues both on and off of the bike.

One of them decided to unravel his past perceptions which helped him to discover the unproductive behaviors that sabotaged his performance. Which entrepreneur was it that reframed his limiting perceptions of the past in order to become a top performer? You’ll have to read the book to find out.

Excerpt from The Owner’s Compass

“Your Dreams are Yours, But They’re Not Mine
Ricky had just taken the last bite of his favorite dinner. The only thing that could make it any better would be to top it off with his favorite dessert. He goes to the cupboard and gets a bowl. He then grabs his favorite spoon and heads to the freezer. His mouth starts to water as he opens the door and gets the first glimpse of his tasty treat.

It’s vanilla ice cream with caramel and anchovies in a ribbon through it. Ricky loves it, he’s dreamed of creating a dessert/ lifestyle and this is it. Early in his life, his taste buds were formed with these ingredients and they tasted good to him today as they did when he was five years old. The key influencers in his formative years, each had a different compass that guided them and it became his guide on what tasted good to him. He was basing his hopes and dreams on their compass heading. If you asked them why anchovies were good in vanilla ice cream, they would shake their head and say, “because . . .” and not really have an answer as to why that combination was great together.

He sticks his favorite spoon into the half-eaten container and scoops out a large hunk of deliciousness. This is Ricky’s life’s work to create the perfect ice cream. He discovered that the only way that he could make his life/dessert any better was to add a dab of horseradish to the top. He was intimidated at first, but he took a chance and did it. And it was perfection on top of perfection. It was as if something deep down inside him was telling him that this was a good idea. He didn’t know where he got the idea that horseradish would be good on ice cream or that caramel and anchovies should be in the same room together, but he liked the taste of it.”

This is a silly illustration of how we can gain perceptions in early childhood development that can carry over into our adult life. Sometimes perceptions are so ingrained in us that we do things without really knowing the reasons why.  When you read The Owner's Compass you will gain insight on how to expand your awareness, so you can influence change when leading others. Expanding awareness promotes enlightenment into what has the most meaning in life.
Get paperback and Amazon Kindle version
Who is Eric Miller? 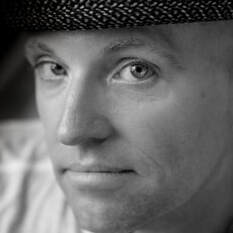 ​Eric Miller is an Author, Entrepreneur, Leader, Coach, Sales, Consultant, Speaker and Avid Cyclist. In the last ten years Eric discovered that he developed a love for writing. He shares his experiences and insights in his blog articles, white papers and books. The topic’s range from self-improvement, meditation and ideas for business.